Home » Camera » Wannabe a rock star photographer? Here’s how the pros do it
Camera

Wannabe a rock star photographer? Here’s how the pros do it 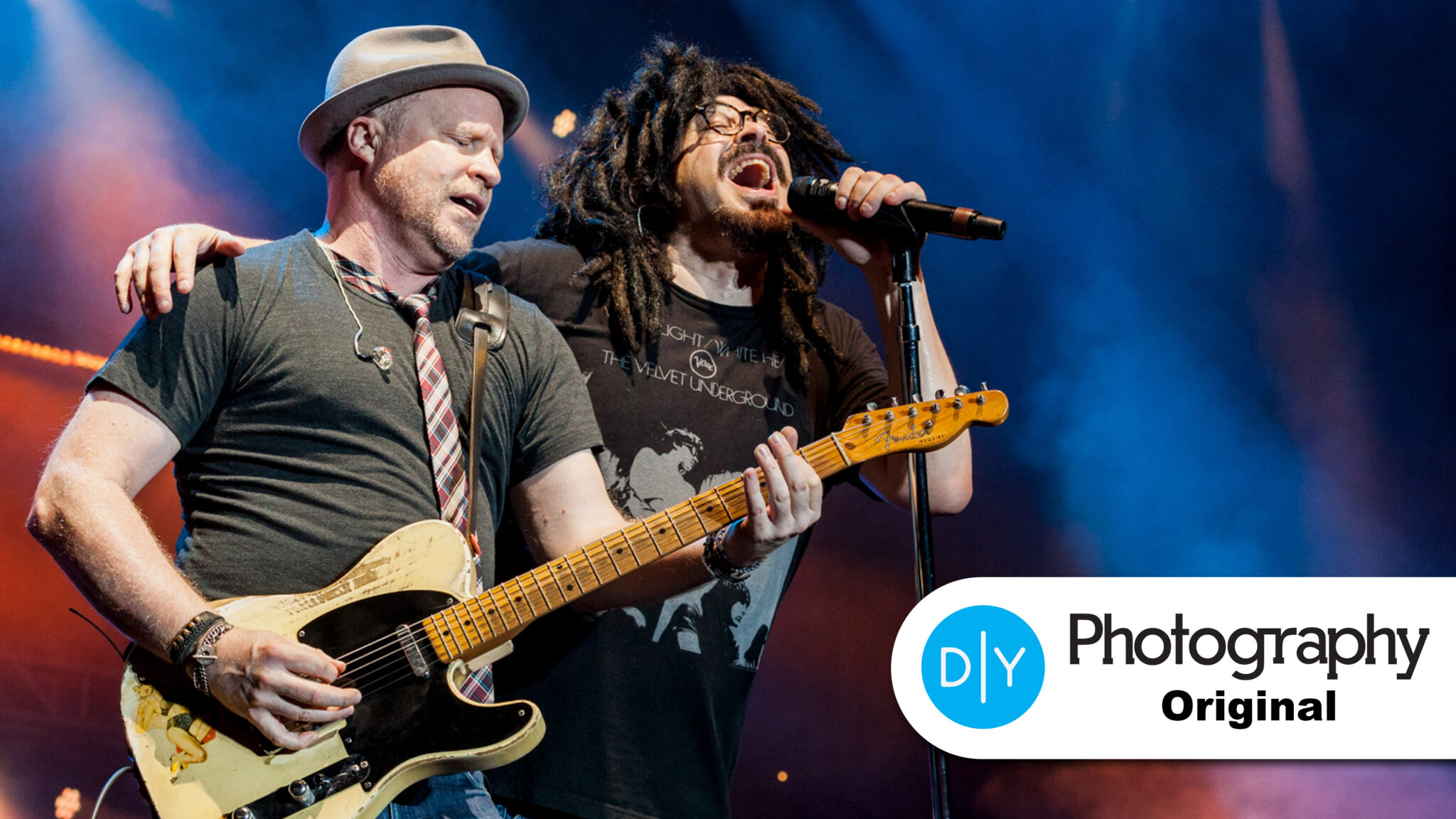 Led Zepellin, The Who, The Rolling Stones, The Police… If you could choose any band or musician to photograph who would it be? The role of rock band photographer has got to be one of those coveted jobs, and for a lucky few, it’s their day-to-day life.

Chicago City Winery house photographer Phil Solomonson has shot all of those groups, and more. DIYP caught up with him (before he jets off to photograph the Police’s drummer Stewart Copeland) to find out what tips he has for anyone aspiring to be a rock concert photographer. 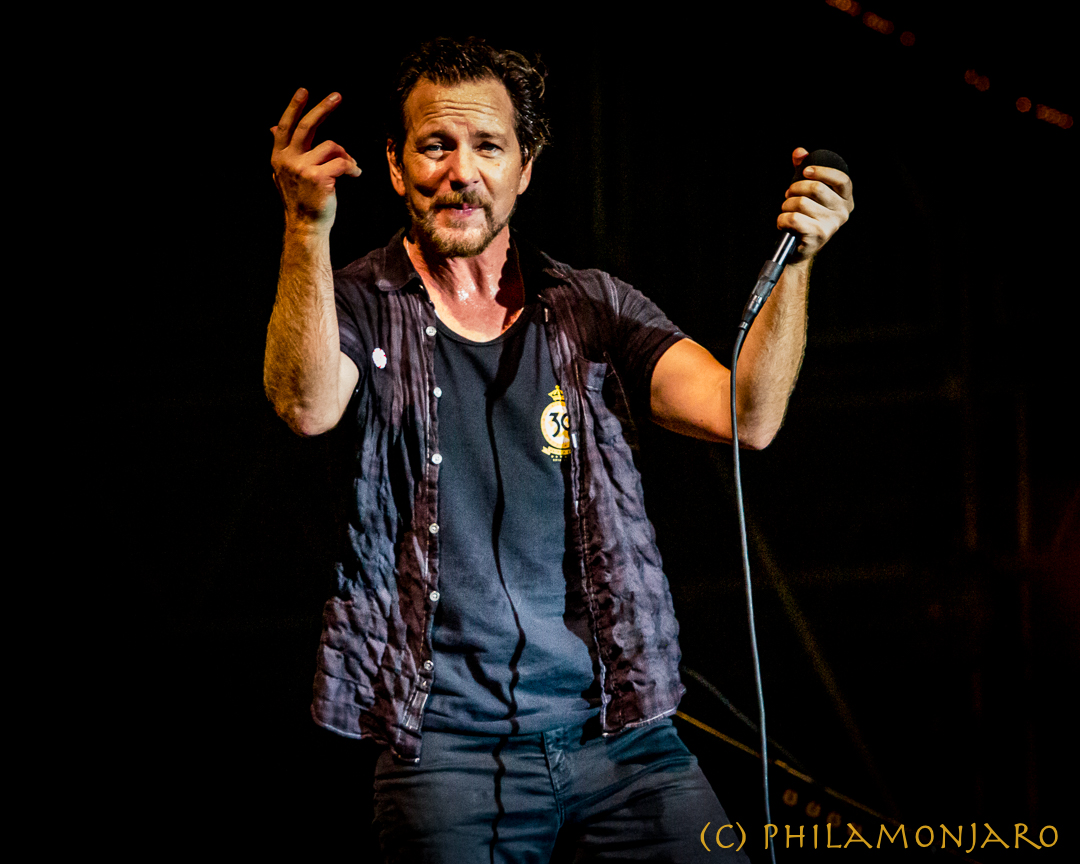 What makes a great concert photo?

“What makes any great photo?” Phil replies, “it’s the same for concert photography. Every photo should tell a story, and every one of those stories should be different.”

Like street photography and photojournalism, concert photography is very much a reactive genre of photography, “except that you should be anticipating each shot,” says Phil, “like Cartier-Bresson’s Decisive Moment. I want to tell the story of the excitement of the live gig,” says Phil.

He explains that he’s looking for spontaneity, engagement and creativity above all. Electric moments when the singer reaches out to an audience member or shots that evoke the emotion and connection between the artists and the audience are gold. “I pay special attention to the eyes, the feet, the fingers,” Phil explains, “particularly with dancers of course.”

Phil’s passion for photographing bands began when he was young and was lucky enough to be watching Led Zepellin live. “In those days audience could take cameras into gigs, so I brought my 35mm camera with me and took some shots. It quickly became an obsession.” And that obsession with music continues to this day. These days, Phil shoots digital from the pit with two camera bodies (Canon 5D Mark iv) and a variety of lenses that usually cover a wide-angle point of view, a standard view such as a 24-70mm, and a longer lens such as a 200mm. If you’re shooting from the soundboard further back like you sometimes have to then a 600mm lens is a minimum length. Additionally, Phil uses a monopod so that he can take advantage of slower shutter speeds than he’d be able to with shooting handheld.

Behind the scenes of a typical concert

“It all starts with the music, you need to live and breathe it”

So what does a typical concert look like from the photographer’s pit? Music photography, particularly in large venues and arenas is completely different these days than when Phil started out. Generally, you’re allowed to shoot the first 3 songs of the show from the photography pit under the stage, and then you get escorted to a seat in the main audience where you aren’t allowed to use your camera. You have to get all of your shots in those first moments of the show. If it’s Paul McCartney for example, those 3 songs could add up to no more than 10 minutes of music at the most!

Phil recommends doing your research first and getting to know those first 3 songs of the set. “Generally the band will keep those the same for each leg of the tour,” says Phil. “Later on in the show, they might switch things around but on the whole, the start will be pretty predictable.”

Phil has a strategy for getting the most out of those precious minutes. He starts close and centre, and then tends to work out from there. He begins by getting full stage shots and shots of the frontman or lead singer. Then he’ll gradually move sideways to House Left to get a better vantage of a right-handed guitarist. He’ll then switch to the 200mm lens and shoot headshots and tight close-ups, beginning with the singer at the microphone again, and then moving around the band to the keyboard, drums and rhythm section. Phil says that he always tries to get shots of everyone in the band because you never know where each individual might end up. Dave Grohl for example started out as the drummer for Nirvana and eventually went on to lead his own band as the frontman.

In terms of camera settings Phil generally shoots in sports burst mode, taking advantage of the high ISO that newer cameras are capable of with largely little noise.

You want to be invisible, like a fly on the wall, but with purpose.

“You want to avoid cropping the guitar at the neck,” says Phil. “Try to think of the instrument as an extension of the player’s body.” Other things to avoid? Mic Mouth as Phil calls it! It’s apparently when the singer has his mouth smashed up close to the microphone and it generally doesn’t look good in photos. Phil recommends waiting for the singer to take a breath and move away from the mic, then fire off a burst of shots in that split second. The other challenge is always lighting and white balance. Unless the lighting has been set up for filming, the lighting is often made to create a cool atmosphere on stage rather than be optimal for photography. To counter this, Phil often brackets his shots in-camera, and also takes advantage of moody backlit images.

After you’ve shot your 3 songs you’ll get escorted back to the main audience to enjoy the rest of the show. And you can’t use your camera anymore That’s where having a cell phone that takes great photos can be really great. Phil recounts a concert where he’d shot his 3 songs, and just as he was being shown to his seat the singer stage dived into the audience. Phil was able to get a quick shot with his phone, that shot pretty much made the story.

So now you’re home and you could easily have around 500 images to sort through. If it’s a festival with multiple bands that number could go up to 2500 per day. “Lightroom is a lifesaver,” says Phil, “mostly in terms of cataloguing, workflow, folders and keywords.” You’ve got to distil that energy from the concert down to between 12 and 20 images total, “and those images all need to be different and add something to the storytelling,” Phil remarks.

Phil generally keeps it to 3 rounds of quick culling, using gut instinct. First, he’ll select any that have any potential at all, then from there weed out any multiple images of the same shot. For this, he will try to select the image that is at the apex of the moment with the most energy and emotion. From there, it’s simply the strongest images that tell the story.

How to get into concert photography

So how does an aspiring concert photographer get into it? You don’t just begin with shooting the huge names, of course! Phil almost always teams up with a writer, and they work together on getting the best story between words and images. “It’s not just a photo gallery,” says Phil, “story is key and you are illustrating the story.”

After that, it’s the age-old method of persistence and word of mouth. Phil recommends connecting with writers, outlets, local bands and venues, and focusing on creating relationships. You have to start at the local level and immerse yourself in music of all genres. “Ultimately,” says Phil, “it’s a collaboration. Do everything to make the band look their best.”

Gradually you can work your way up to shooting at the larger venues with the bigger names. It’s these shots that will make your portfolio and attract attention. But don’t be fooled into thinking that the bigger the name the more money you’ll make. Concert photography is essentially a labour of love these days. Generally the bigger the name, the more out of pocket you’ll be to shoot it.

So how can you earn a living then from this? Phil explains that once again, it’s all down to the relationships you make. It’s a very indirect income stream. The smaller local bands will generally see your portfolio of the big names, and then hire you to shoot them. Additionally, portraiture and working with arts organisations will all add an income stream, and be open to embracing new technology and learning to shoot or direct video as well. “Be as collaborative as possible,” Phil instructs, “and give as much value as possible.”

All Minecraft Flowers and How to Get Them