The camera communicates with its host over Type-C USB and is designed primarily for industrial use. It’s extremely compact, fitting everything onto just three tiny 27 x 27mm (a little over one-inch square) circuit boards. One is the USB controller that communicates with your PC, one is for the sensor for collecting the image data and sandwiched between them is an FPGA core module that allows one to talk to the other. 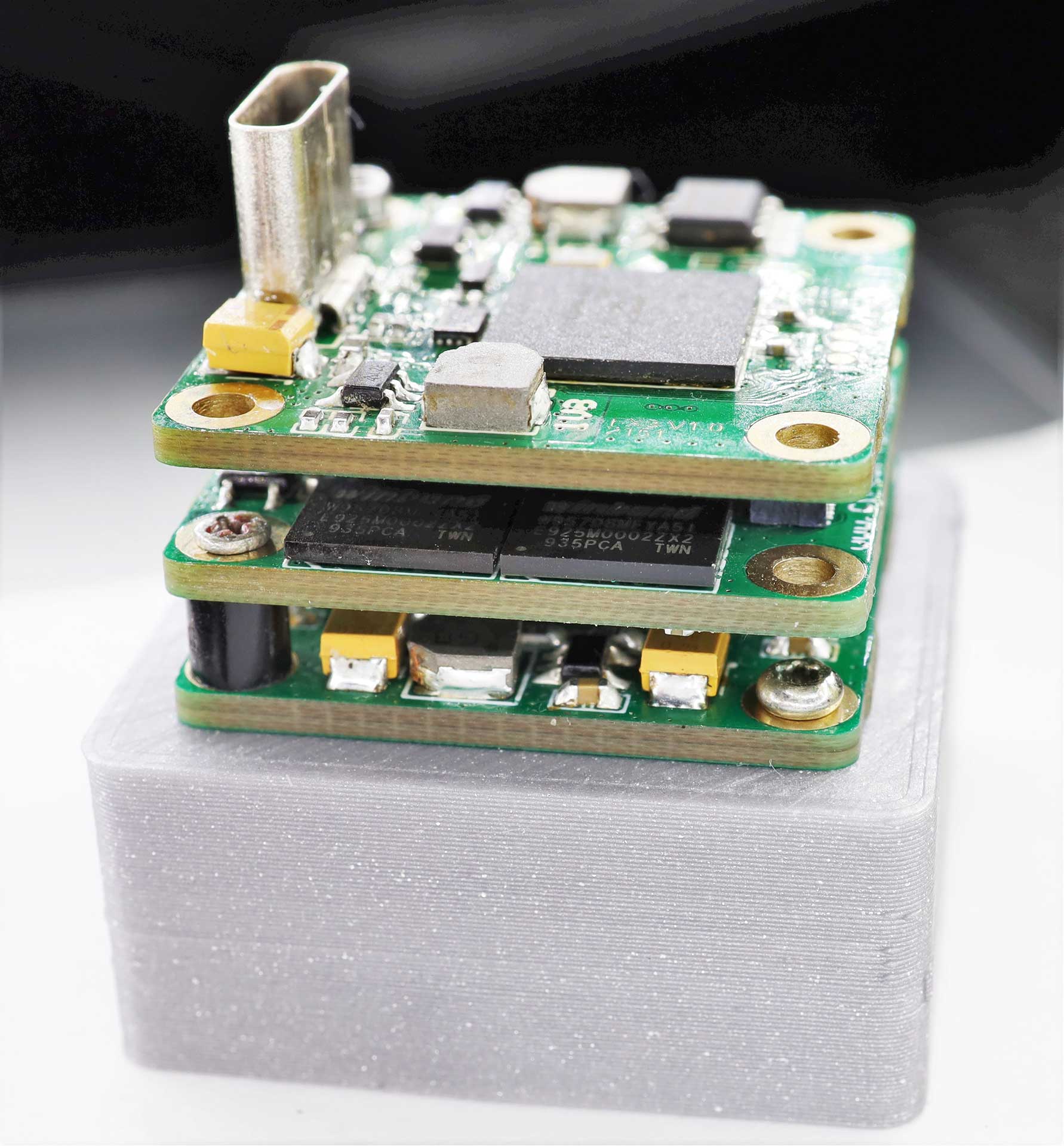 The functionality of the device is split across three boards to enhance its modularity, although Singh currently has just one camera module PCB, which is compatible with the Sony IMX290, IMX327 and IMX462, which all share the same resolution and footprint. These are all pretty low-resolution 2-megapixel sensors, but for 1080p over USB, this is all that’s really needed and the larger relative pixel size of such a low-resolution sensor should help with noise and colour.

It’s a fairly involved project, with each of the PCBs being six-layer boards to cope with the amount of complexity they need to deal with in such a small and compact size. But those three tiny PCBs all fit inside a 3D printed case with an aluminium thread mount on the front for mounting the lens and a hole in the back for the Type-C USB connectivity for power and data communication.

Although it is designed for industrial use and the resolution isn’t currently that high, its modularity does mean that it can potentially expand in features to provide for other uses. With a higher resolution sensor and a Raspberry Pi, for example, you could set these up for long-term timelapse or as a trail camera. Or you could even potentially build a larger enclosure with ergonomics better suited to handheld use, throw in the Pi and add a memory card slot and an LCD to use it as a regular walkaround camera. It won’t be easy but, in theory, it’s doable!

Singh has posted a full write-up of the project with schematics, photos and a ton of other information on his website and the Gerber files for the PCBs, the STL files for the 3D printed parts and the code to power everything is available to download on GitHub, licensed under the Creative Commons CC-BY 4.0 license.

Discord, League of Legends, etc: Half the Internet is down