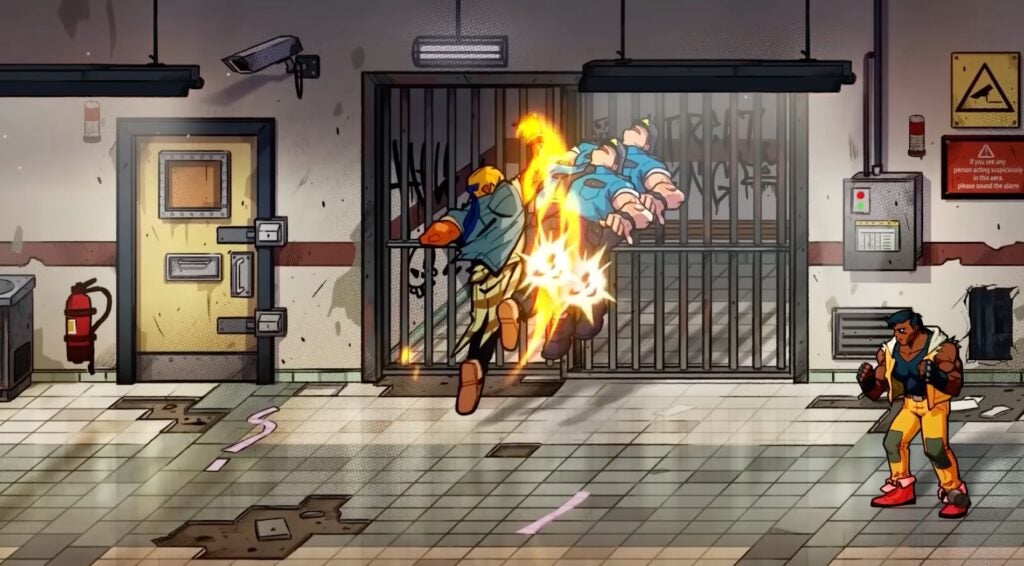 Streets of Rage 4 restored our faith in not only the classic side-scrolling franchise, but also the entire beat ’em up genre itself.

With new hand-drawn visuals and special moves, some of the same faithful characters, punch-punch-kick fighting style, and absolutely banging soundtrack, it was an absolute joy to behold for fans of the series, old and new.

And, if you want to jump back in time 25 years there’s secret retro levels that revive the old 16-bit environments and up to 13 alternative characters. You can also select the original Streets of Rage 1/2 original soundtracks that were a real highlight of the Sega Mega Drive era games.

This week marks another landmark for the series; the mobile launch of Streets of Rage 4 for iOS and Android devices. Furthermore, the mobile version of Dotemu’s critically-acclaimed title is available for just £6.99/$7.99 with the Mr. X Nightmare DLC also available for an extra £2.49/$2.99.

That’s an absolute steal considering the price of the game on other platforms, including the Nintendo Switch version, which is still £33.99 despite being out a couple of years (although that does include the DLC).

The game has been “carefully redesigned for mobile” with a revamped interface and offers iCloud sharing so you can pick up your progress on another iOS device. There’s also support for controllers too as it’s a game that’s far less suited to touchscreen gameplay, despite supporting it.

All in all, this seems like the ideal time to head back the bad part of town, roundhouse some hoodlums, batter some crooked cops, and clean-up those Streets of Rage once and for all.

In our own review, we gave Streets of Rage 4 an apt four-star review praising the fast, fluid and satisfying combat, excellent characters, good replay value and the true respect on show for the series’ legacy.

“Streets of Rage 4 is an enchanting retro surprise, bursting onto the scene and overcoming many of the justified grievances fans might have with reviving such an esteemed property. The combat is fierce, the music is banging and its sense of style is simply marvellous,” our reviewer wrote.

As you can probably tell from my own enthusiasm, I’d have given the game the full five stars. However, I was a 16-bit child whose favourite ever game happens to be Streets of Rage 2.