Recently, Samsung officially announced that the global launch of the Samsung Galaxy S22 series will be held on February 9. As the launch date approaches, there are more details about the Samsung S22 series. The basic specs of these smartphones have long been sorted out as shown in the table below. However, the latest revelation discusses the major selling points of these smartphones. The Samsung Galaxy S22 series has three models including the Galaxy S22, S22+, and S22 Ultra. 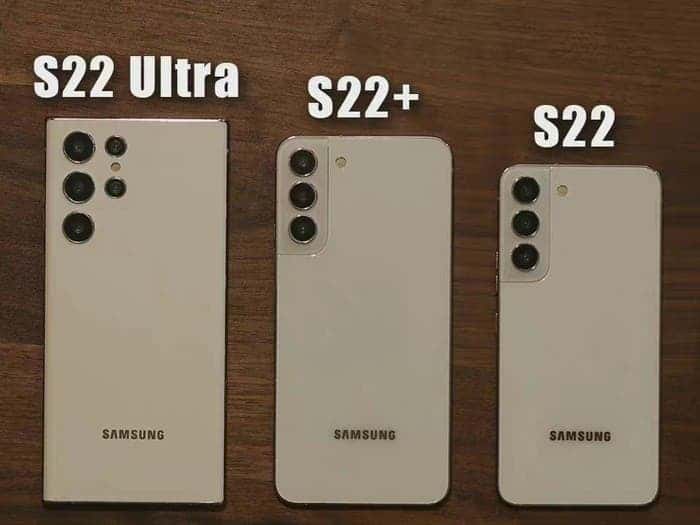 The regular Samsung Galaxy S22 is the lowest model in this series. Despite its status as the lowest in the S22 series, it is still a flagship smartphone. The biggest selling point of this smartphone is probably its display and chip. Since it is the only model in the series with a straight screen, the small niche of “straight screen” lovers will go for this model. Furthermore, this device is the only device in this series with a “small” screen. Again, another niche of buyers who loves small display will prefer this device.

The Samsung Galaxy S22 uses a 6.06-inch AMOLED straight screen with a center punch-hole. This display supports a 1080P resolution + 120Hz refresh rate. Its body width is less than 71mm, and one-handed operation will be stress-free.

The back design of the Galaxy S22 is basically the same as that of the previous generation of the S21. The rear main camera is 50-megapixel, supports optical image stabilization, and the rear shell is still made of polycarbonate. This smartphone will be available in black, white, green, and pink.

The Samsung Galaxy S22+ has many similarities with the Galaxy S22 in terms of design. This smartphone also comes with a 50-megapixel main camera and the screen also supports 1080p as well as a 120Hz refresh rate. Although the four sides are the same width, its black border will be smaller. The Galaxy S22+ comes with a higher screen-to-body ratio than the small-screen S22. Its peak brightness also increases to 1750 nit peak brightness.

In addition to the larger screen, the S22+ has a larger battery capacity and faster charging. It has a large 4500 mAh battery and supports  45W fast charging. Different from the polycarbonate rear shell of the Galaxy S22, the Galaxy S22+ uses a glass rear shell. It will be available in black, white, and green powder colours.

The Samsung Galaxy S22+ appears to be a “disappointment” of sorts. Its major selling point is the screen-to-body ratio. This is really not enough to attract buyers. Most likely, people will go for either the regular version or the Ultra.

In addition to these visible changes, the Samsung Galaxy S22 Ultra has also ushered in a comprehensive upgrade. It has an ultra-high capacity of up to 16GB + 512GB and a new generation of Samsung’s custom 2K+LTPO adaptive high-brush screen. This device will also use the highest brightness in the history of smartphones.

Under the hood, it will have a 5000 mAh battery capacity that supports 45W wired fast charging + 15W wireless fast charging. This smartphone will also use Dolby dual speakers, IP68 dustproof and waterproof, etc.

Not only that, Samsung S22 Ultra will also have a new camera combination. It will come with a new generation 108MP main camera which supports a new ultra-high-definition shooting mode. The ultra-wide-angle camera upgrades to 50-megapixels support autofocus, and macro photography. This smartphone will also have a telephoto lens that supports 10X periscope and 3X normal telephoto. Furthermore, it will have a lidar focusing module.

It is worth mentioning that the Samsung S22 Ultra will be available in four colors: black, white, green and red. The Galaxy S22 Ultra has a lot of selling points and will be the most attractive in the series.