Right after Qualcomm unveiled the new Snapdragon 8+ Gen 1, Realme CEO Sky Li announced that the GT2 Explorer Master will be among the first to use the new chipset. That day we only got a vague “Q3” time frame for the launch.

That was narrowed down to July by Xu Qi Chase, the President of Global Marketing, while chatting with fans on Weibo. This was a response to a fan asking for a stylish, powerful phone in the CNY 3,000 price segment. 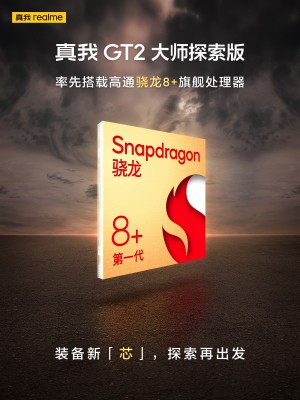 There are other Snapdragon 8+ Gen 1 phones on the way besides the Realme. Asus revealed that the ROG Phone 6 will use the new flagship chip back in May. According to leakster Digital Chat Station, Xiaomi will be the first to launch an 8+ based phone in China – this should be the Xiaomi 12 Ultra. That will be followed by phones from Realme, OnePlus, iQOO, Red Magic and others.

PS. we already tested the new chip using a special ROG Engineering device from Asus, so check that out for a preview of what to expect.