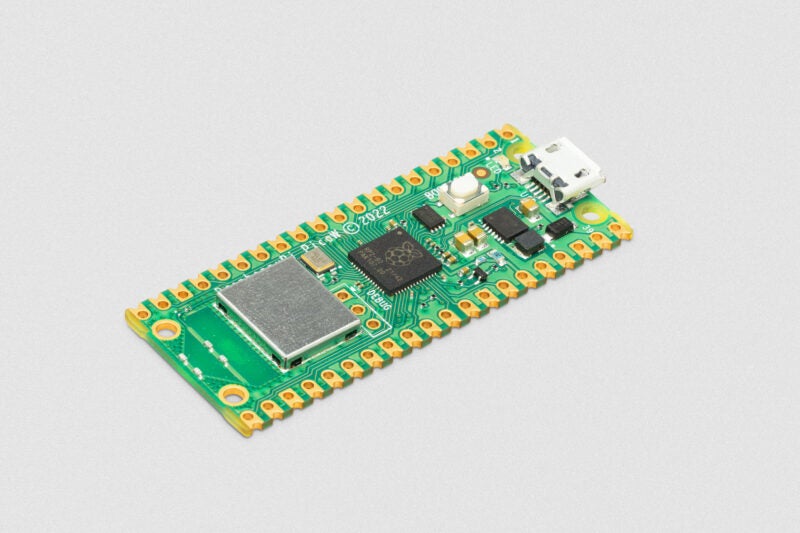 The Raspberry Pi Foundation has announced a new version of its Pico microcontroller and this time it’s got WiFi on board.

The Pico W costs $6, compared to the $4 the company charged for the original Pico, but that’s unlikely to concern builders who can now benefit from built-in access to the network thanks to the Infineon CYW43439 chip that also supports Bluetooth, but isn’t enabled as yet.

The Pico, announced in January last year, was Raspberry Pi’s first microcomputer running on its own silicon. The RP2040 is built upon TSMC’s 40nm low-power process and includes a pair of 133MHz Arm Cortex-M0+ cores and 264KB of on-chip SRAM.

That means the W is likely to be snapped-up, not only by the company’s traditional base of hobbyists and home bakers, but small companies looking to build products at scale. It’s especially beneficial to those folks given the blockages in the traditional supply chains.

That extra couple of bucks might hurt that bill of goods cost significantly, but the $4 Pico will remain available for those folks who don’t need access to the internet.

“Fast cores, large memory, and flexible interfacing make RP2040 a natural building block for Internet of Things (IoT) applications. But Pico itself has one obvious missing feature for IoT: a method for connecting to the network. Now, this is about to change,” Upton said in the blog post.