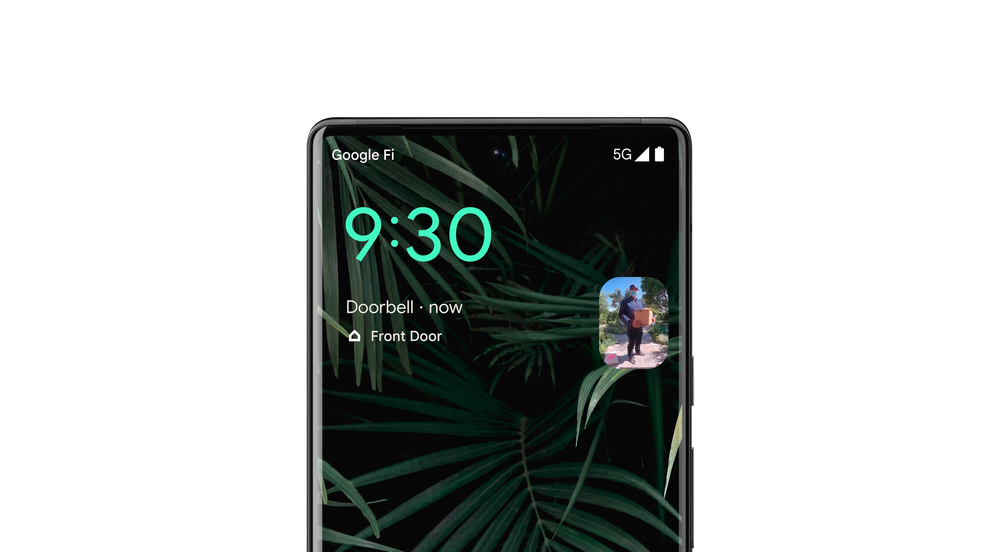 Google has rolled out the latest At A Glance feature for Pixel phones, which includes a live thumbnail view of the Nest Doorbell camera feed on the homescreen.

The feature, announced as part of June’s Pixel Feature Drop last week, makes it possible for Pixel owners to see who’s at the door without delving into the app.

If you tap the thumbnail, the full screen view will open up within the app, enabling users to interact with the person on the doorstep and get a better look at them.

In a blog post Google explained how the feature works with the Nest or Google Home apps to save users a few seconds and taps, when ensuring it’s the delivery guy and not some reprobate lingering on your doorstep nicking their parcels.

Google wrote: “No need to get up from your comfy spot on the couch to see who’s at the door. Now you can see when someone rings your Nest Doorbell right from your lock screen. This feature requires a compatible Nest Doorbell (sold separately) and the Google Home or Nest app.”

The rollout of the feature, which was spotted in testing as far back as January (via 9to5Google), helps to improve the interoperability between Pixel phones and the Nest Doorbell cameras both made by Google.

The Feature Drop, one of the regular updates Google brings to users of its homegrown Android handsets, also includes a flashlight reminder to help you turn off the torch with a single tap of the home screen, if you’ve accidentally left it on. There’ll also be At A Glance air quality alerts coming soon too.

The drop also includes the ability to add a screenshot as a shortcut on the lock screen, which could be handy for finding your proof of a Covid-19 vaccination quickly. Finally, there are Pride Month-themed wallpapers and a new Sound Amplifier to assist Pixel owners with hearing loss.