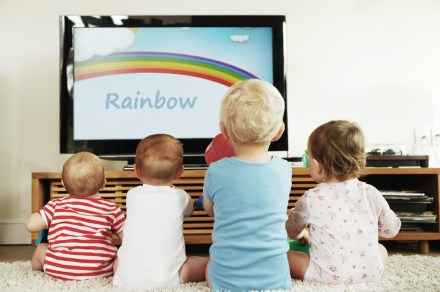 Netflix has launched a new “mystery box” feature aimed at helping kids to find new shows to watch on its streaming service.

Much like the “play something” button that Netflix added to its service last year to help adults quickly find fresh content instead of wasting time endlessly scrolling, the new kids-focused feature diverts the little ones to new content that Netflix’s algorithms thinks they’ll enjoy.

“What’s in the mystery box?” TJ Marston, Netflix director of product innovation for kids and family, wrote in a post announcing the new feature. “One day, it might be Ada Twist and her pals Iggy and Rosie. Another day, it could be those scary dinosaurs from Jurassic World Camp Cretaceous. Or maybe it’s a few feline friends from Gabby’s Dollhouse.”

Marston added that, as a parent and uncle, he knows that “every kid and family is unique, which is why at Netflix we are dedicated to creating an engaging and tailored experience to connect kids to the stories that shape their world. We hope that kids will love the surprise and delight of revealing the next show or film recommended for them.”

To set your child up with the new mystery box feature, follow the below:

— Login to a kids profile.

— Find the “Favorites Row” at the top of the homepage. This row is character-driven to more easily and vividly connect them with the characters, shows, and films they love as soon as they turn on Netflix.

— Hover over the sparkly “mystery box” to discover a new title. And voila, it’s showtime!

The new feature comes as Netflix faces increased competition from the likes of Disney+, Apple TV+, Amazon Prime Video, and others. Last month, the streaming service said it lost subscribers for the first time in its history — 200,000 subscribers globally in the first quarter — and expects to lose as many as two million in the current three-month period.

Slowing revenue growth also forced the company earlier this week to lay off around 150 employees — 1.3% of the company’s total workforce of around 11,300 people.

In a bid to make the service more attractive to new customers and as part of efforts to hold onto existing subscribers, Netflix recently revealed it’s planning to add a low-cost ad-supported tier to its service before the end of this year. It’s also considering moving into livestreams featuring unscripted shows and stand-up comedy.

How to get Unsullied Hearts in V Rising

Clear app cache or clear app data: how and when to use each