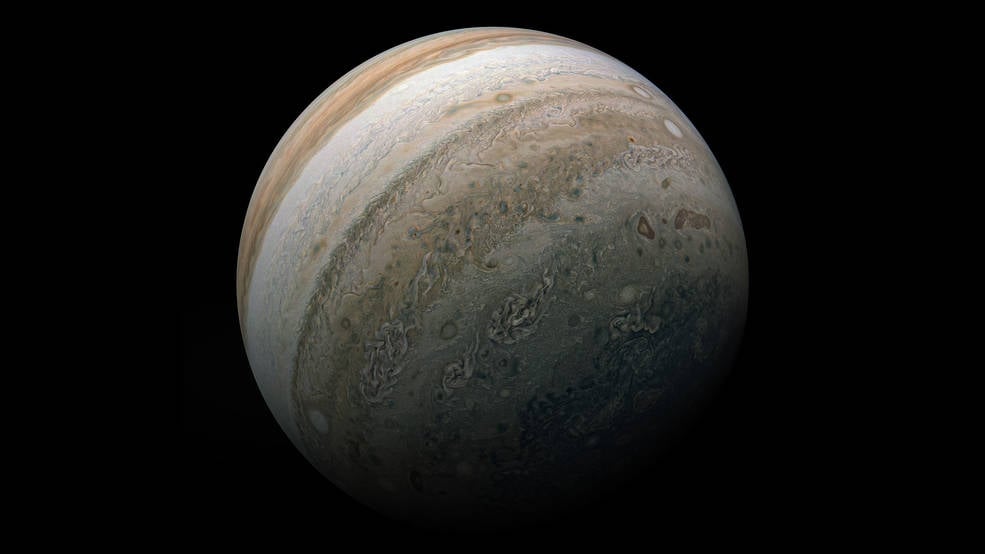 Juno photos of Jupiter are absolutely stunning, as we’ve seen before. But as we all know, they aren’t here just to amaze us, they have major scientific importance. And you, our dear reader, can now contribute to the science by analyzing them.

NASA and researchers at the University of Minnesota are calling on the public to help analyze photos of Jupiter’s clouds taken by Juno. You get to look at wonderful photos, check out for vortices, and help the science. Cool, isn’t it?

The project is called Jovian Vortex Hunter and it pretty much sums up what is asked of you. Your task is to observe Juno photos and search for vortices. Once you find them, you can circle them and identify their direction of rotation to determine whether they are cyclonic or anticyclonic. Your contribution will help the scientists to determine the underlying fluid dynamics that lead to the formation of vortices and turbulent structures on Jupiter.

You may wonder why NASA scientists are asking the public to help out. Well, it speeds up the process immensely and it could lead to new discoveries much sooner. “There are so many images that it would take several years for our small team to examine all of them,” said physics and astronomy postdoctoral researcher Ramanakumar Sankar, who is leading the Jovian Vortex Hunter project.

“We need help from the public to identify which images have vortices, where they are and how they appear. With the catalog of features (particularly vortices) in place, we can study the physics behind how these features form, and how they are related to the structure of the atmosphere, particularly below the clouds, where we cannot directly observe them.”

The information they get from this project will not be used to study Jupiter, but also to write a computer algorithm that could speed future identification of Jupiter’s atmospheric features. It will be made to combine computer help with human expertise. “If one person is having trouble categorizing an image, maybe others will, too,” Sankar said. “That might indicate that we have found something new or unique that we more closely examine.”

If you’d like to join, you need to sign in for the Jovian Vortex Hunter project. If you’re not sure where to start, there are helpful guides and video tutorials that will help you recognize and identify vortices, but also other types of features in Juno images.

All you need to know about Amazon's sale