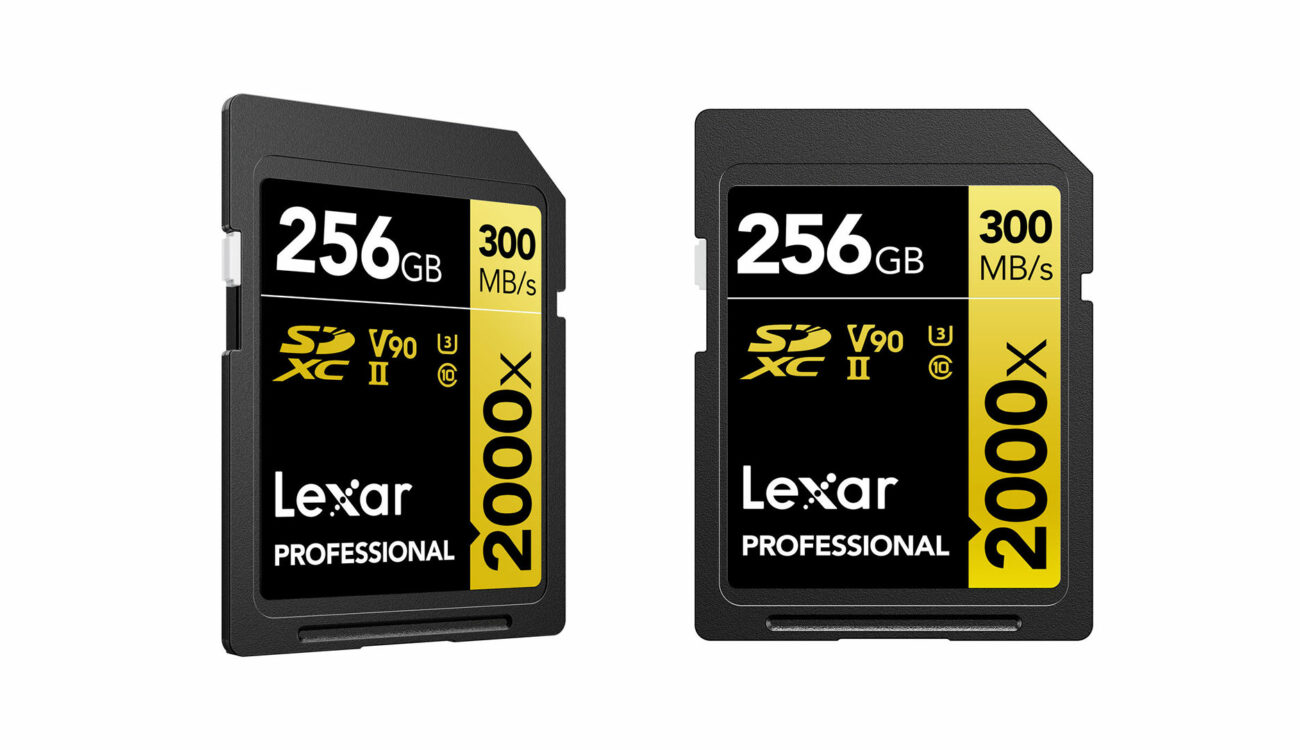 Camera technology is moving fast, and we can say that 4K is now the new standard, with 8K and above resolutions right around the corner. More resolution, increased bit-depth, RAW capabilities are synonyms for faster, larger, and more reliable recording media.

The Lexar Professional 2000x UHS-II SDXC lineup of memory cards was first launched in 2015. Over the years, the cards evolved with V90 certification.

V90 cards are the fastest SD cards on the markets that can sustain intensive write/read speeds at the highest data rates. Talking about speeds, these Gold Series Lexar cards can reach read speeds up to 300MB/s and write speeds up to 260MB/s. As a result, you should easily be able to capture 4K and 8K footage, even in compressed RAW formats.

All Lexar Professional gold series memory cards are Class 10, U3, V90. Designed with content creators in mind, the cards are waterproof, temperature-proof, shockproof, vibration-proof, and X-ray-proof. In short, they are designed to last and are covered with a limited lifetime warranty.

To make your life easier, these Lexar Professional SD cards are now available in 256GB version; the previous most extensive version was “only” 128GB.

What do you think about these new 256GB V90 SD cards? What is your go-to manufacturer when it comes to recording media? Don’t hesitate to let us know in the comments down below!