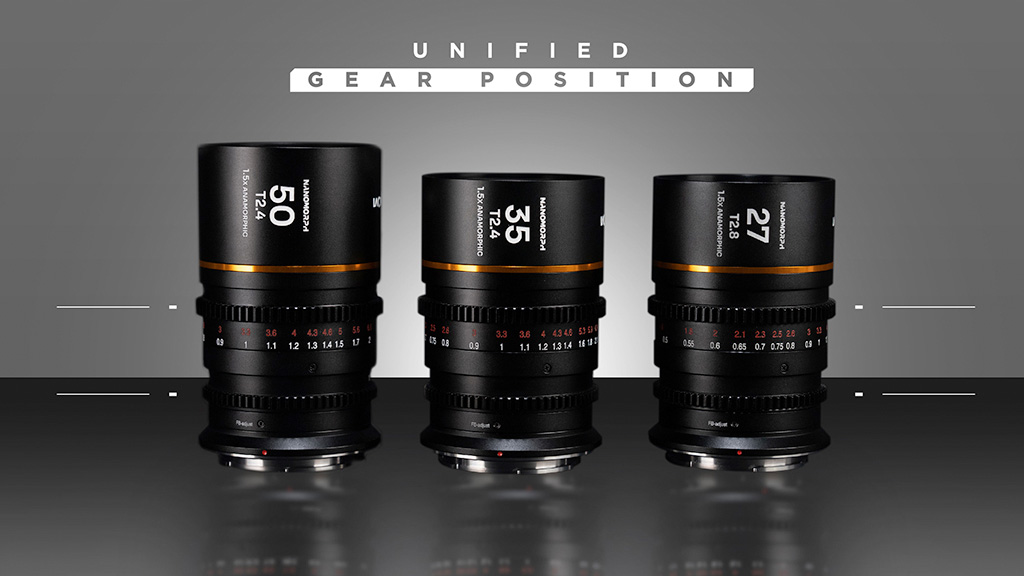 They claim to be the “world’s tiniest anamorphic lenses” and in mirrorless form, they are. The Canon EF/PL mount versions are a little larger and heavier, but not by much. In total, they’re available for nine different camera mount systems and the mounts are user interchangeable (but there’s a caveat that we’ll get to down below).

Surprisingly, Laowa’s not just putting these out for sale like they typically do. Instead, they’ve taken to launching these ones on the crowdfunding platform Indiegogo. Aside from the fact that they’re so small, what makes the lenses particularly interesting is that they’re available in two colour options. And I don’t mean the colour of the lens but the colour the lens sees in the flares. The typical anamorphic look is for those blue lens flares so commonly associated with the likes of JJ Abrams. But as well as the standard blue flare option, Laowa has released these with an amber coloured flare option, too.

If you end up deciding to buy lenses in both flare colour options, though, don’t worry. It’s easy to spot which lens is which, as noted by the colour of the ring around the lens. Natrually, the blue ring signifies that it gives a blue flare while the orange ring signifies the amber flare.

The size, though, is one of their big selling points. Being so compact and lightweight, these Super 35mm (APS-C) format lenses offer a great range of versatility. The fact that they’re available in nine different mount options also provides for maximum compatibility with today’s cinema and mirrorless cameras. Naturally, they’re available in Canon EF and PL mount but they’re also available in Micro Four Thirds, Canon RF, Sony E, Leica L, DJI DL, Nikon Z and Fuji X mount, too. Oh, yes, and they’re interchangeable. By the user.

Whichever one(s) you get, though, the light and compact design of the lenses, though, means that if you want to pack super lightweight but still have the capabilities that cine lenses offer – like built in 0.8 Mod gears for a follow focus on a compact gimbal – then you can. And each of the three lenses also keeps a unified gear position for focus and aperture, allowing you to quickly swap from one lens to another in a rig without having to adjust your follow focus and other devices that interlock with your lenses.

They’re also light enough that you can use them on Micro Four Thirds mount (and DJI DL) cameras built for drones and expect them to balance and hold reasonably well without putting too much strain on the motors. Finding good MFT lenses for drones isn’t always easy, especially if you want to go anamorphic!

The lenses feature both metric and imperial scale measurements for the focus distance and there’s a Focal Back adjustment screw, that allows you to quickly fine tune the backfocus using an included 0.9mm Allen key ensuring that you get accurate focus at all distances if you swap the lens from one camera to another that’s slightly off.

To find out more and maybe back the lenses for yourself, head on over to Indiegogo. Lenses are expected to ship in August and September.

YouTube Music for Wear OS finally gets the most rudimentary feature