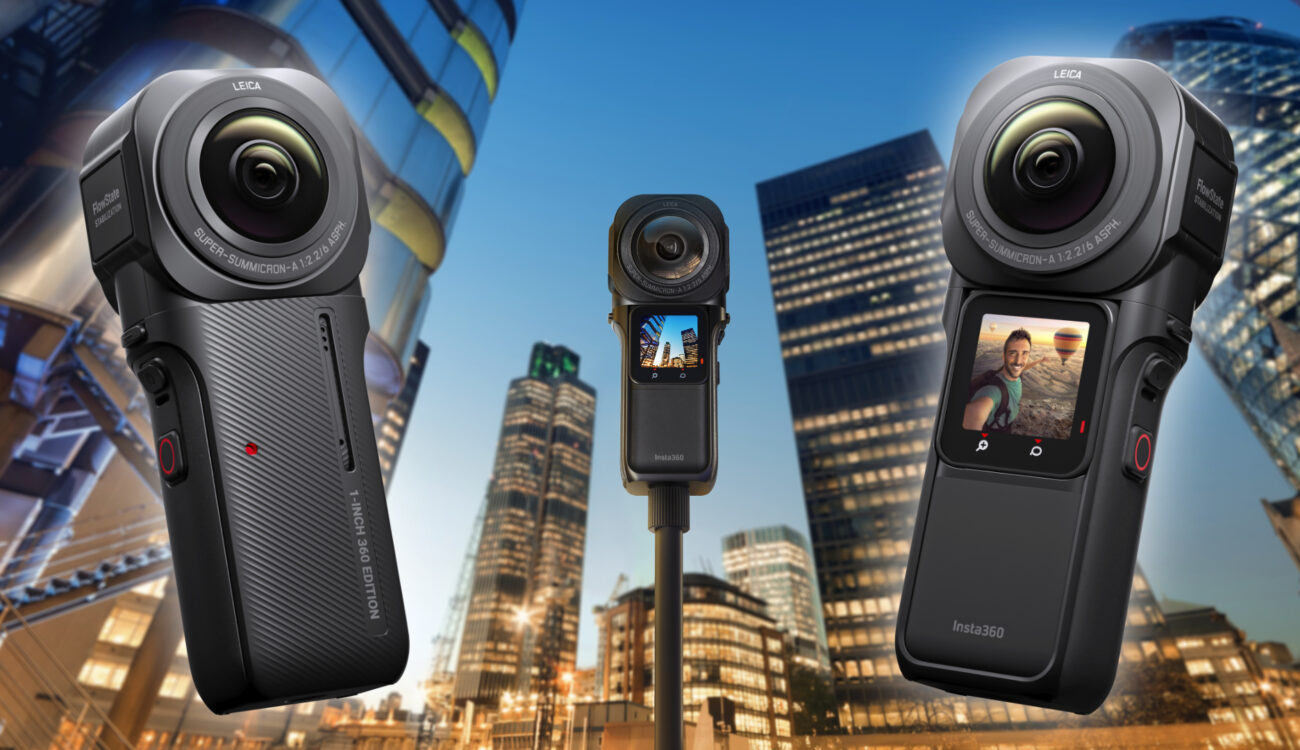 Insta360 is well known for its dual-lens 360° cameras, which allow filmmakers to easily capture creative shots that would be impossible with traditional cameras.

The stick to which the camera is attached becomes virtually invisible, allowing third-person views without the need for a dedicated camera operator.

Of course, this is aimed more at the action sports and travel vlogging scene, but since the 360° look is still pretty unique, you can get creative with it for normal shoots as well. Check out the launch video below for a few samples:

The 1-Inch 360 Edition represents Insta360’s continued mission to make ONE RS the most comprehensive and versatile camera on the market. This latest edition turns ONE RS into a powerful 6K camera capable of impressive performance even in low light.

Insta360 and Leica’s strategic partnership dates back to 2020. The new ONE RS-1 1-Inch 360 Edition now marks the first real product out of this partnership. Here’s Matthias Harsch, CEO of Leica Camera AG on the matter:

We’re excited to bring Leica’s optical and digital imaging expertise into a new product segment with the ONE RS 1-Inch 360 Edition. Creators can take advantage of both the camera’s 360 capture capabilities and its dual 1-inch sensors, no longer having to choose between creativity and premium image quality.

With two lenses recording in full panoramic 360, you no longer need to consider where the camera is pointed. Instead, you can capture all the action in one take, reframing it after the fact in an infinite number of ways according to taste. You can output the final cut in immersive 360 or as traditional flat footage using the Insta360 software.

If quick-turnaround social media is your thing, short videos can be created directly in the Insta360 app, where Shot Lab uses AI to automate editing techniques like cloning, dolly zooms and star trails. For more advanced controls, you can turn to the Insta360 Studio desktop software or Adobe Premiere Pro plugin for full manual controls.

Also new is the so-called PureShot HDR photo mode, which uses AI and auto exposure bracketing to increase the dynamic range of your shots, eliminating the need for further post editing.

Since action cams are used in pretty rough environments, the Insta360 ONE RS 1-Inch 360 Edition sports Insta360’s FlowState Stabilization and horizon leveling algorithms to eliminate the need for an outboard gimbal, producing smooth and level footage out of the box. The camera’s IPX3 water resistance keeps it protected against rain or snow when shooting outdoors – but keep in mind: it is not waterproof!

Here’s a full list of specifications for the all-new Insta360 ONE RS 1-Inch 360 Edition:

With its interchangeable lens design, the 1-Inch 360 Lens module is compatible with both the ONE R and ONE RS Cores, giving filmmakers the ability to transform their action camera into a 360 camera (or vice versa, of course).

What do you think? Would you consider entering the 360 game with this new camera? Share your experiences in the comments below!