Home » Mobile » How powerful does a laptop need to be for video editing?
Mobile

How powerful does a laptop need to be for video editing?


If you like making YouTube videos or even fancy yourself as the next Steven Spielberg, then you’ll need a laptop that’s capable of video editing. But finding such a laptop is easier said than done.

In order to make the process easier, we’ve created this guide to explain which kind of laptop specs you need to look out for when editing video. 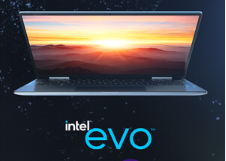 Enjoy a premium laptop experience with the Intel® Evo™ range of laptops. Get the features you need to help you get it all done.

Check out the range at Intel

How powerful does a laptop need to be for video editing?

This question is a bit like asking ‘how long is a piece of string’ as it really depends on numerous factors such as the resolution of the video file and how quickly you want it to render.

Most modern day laptops should be capable of editing video, but you’ll ideally want a high-powered portable if you want to edit 4K video on the fly with instant rendering speeds. But which specs should you look out for?

The latest range of 12th Generation Intel Core i5 chips all have clocks speeds of 4.4Ghz and higher, while the new Ryzen 6000 chips have max clock speeds from 4.5GHz and beyond. This means any modern laptop with an Intel (especially those approved by Intel Evo) or Ryzen chip should have a fast enough CPU, although you’ll want to make sure you have plenty of RAM.

You’ll also want to consider purchasing a laptop with a GPU. While a discrete GPU is not essential for video editing, it will considerably speed up the rendering process, which is hugely important if you’re often working to a deadline. AMD and Nvidia offer plenty of powerful GPUs for laptops, while the MacBook range benefits from the dazzling power of the M1 chips – for this reason, the MacBook Pro is one of our top recommended laptops that you can buy for video editing.

If you prefer Windows machines, you can also look out for any laptop that is marketed with Nvidia Studio Drivers, as these are generally powerful enough for high-performance video editing. It’s also worth checking out the manufacturer’s website for each laptop, as they’ll usually mention whether it’s capable of video editing. We also recommend checking out our reviews for individual laptops, as we always test the CPU and GPU to see how powerful the device is compared to the competition.

Enjoy a premium laptop experience with the Intel® Evo™ range of laptops. Get the features you need to help you get it all done.

Check out the range at Intel

Best router for Verizon Fios in 2022