Recently, SMIC held an earnings conference for the first quarter of 2022. SMIC’s revenue in the quarter was 11.854 billion yuan, a year-on-year increase of 62.6%. Its net profit is 2.843 billion yuan, a year-on-year increase of 175.5%. Furthermore, the company’s gross profit margin exceeds 40%. In the first quarter of 2022, SMIC’s R&D investment is 1.051 billion yuan, a year-on-year increase of 3.4%. It accounts for 8.9% of the company’s total revenue. However, it is SMIC’s statement on the global smartphone market that attracted the attention of the industry. The company claims that global smartphone sales will drop by at least 200 million units. Recall that a report from last month claims that global manufacturers will cut smartphone production by 200 million units. 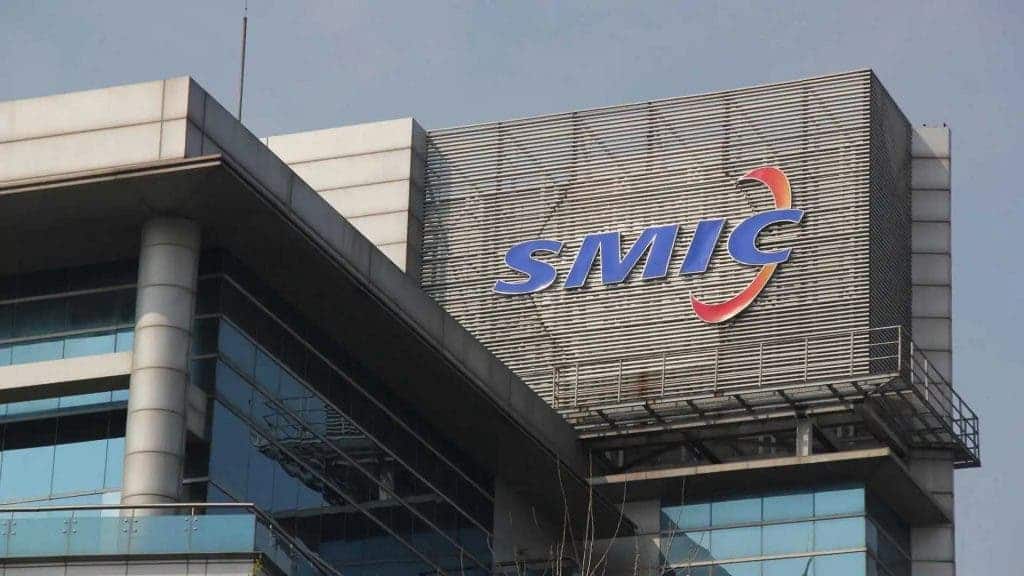 Regarding the decline in the smartphone terminal business, Co-CEO Zhao Haijun claims that due to the Ukraine war, the impact on mobile phone brands was great. The sales in many regions is completely crumbling. From his point of view, global smartphone sales will drop by at least 200 million units. Furthermore, he also reveals that Chinese smartphone brands will bear most of the loss.

The reduction in global smartphone sales also has a link to production. There will be a reduction in production because of chip shortages. Chips such as power management, MCU, Wi-Fi, etc. are still in short supply.

Zhao Haijun claims that SMIC has many characteristic processes. The 40nm, 28nm and other processes are built later than peers, and the construction of factories is not based on nodes but on processes. In its separate factory, 55nm, 40nm, 28nm, and 22nm are all made. The specific node wafer statistics are difficult and have low practical significance. Today, it puts more emphasis on SMIC’s market share and technical reserves in specific terminal fields.

There is a consistent increase in the release of top products with significant upgrades. This means that there is a change in the general trend. There is an increase in cloud storage volume and rising demand for automotive electronics.

In contrast, the average growth of globally integrated circuit wafer manufacturing capacity is still in the single digits. Even though the wafer fab has accelerated the pace of capacity construction in the past two years, the tight supply chain still prevents the production capacity from being built in place in the short term. At the same time, concerns about the regional division of the supply chain due to industrial transfer have accelerated the demand of end customers for production in various places. There have also been production capacity gaps in various places.

Regarding the specific production capacity impact, Zhao Haijun said that the main impact at present is the delivery delay of suppliers. This delay is not just for a few weeks but for several months. The epidemic has less impact on the production and assembly of the factory. However, the reduction of shipping flights has an impact on SMIC’s production capacity supply.

Gao Yonggang, SMIC’s chairman and chief financial officer, claims that the company take these factors into account when developing its second-quarter metrics. At present, the impact of the epidemic on wafer output is about 5%. SMIC is working hard to control the impact within this range. Some analysts claim that the prices of upstream raw materials and equipment are rising. There are also rumours that there are rising prices for wafer foundries. How does SMIC view the future trend?

In response, Zhao Haijun states that the prices of government-managed supplies such as water, electricity, and heat are increasing. He further claims that some of these supplies increase significantly. Raw materials are indeed rising, and some even rise by more than 30%. In addition, employees’ salaries will also rise.

In terms of price increases, SMIC’s principle is to conduct friendly negotiations with customers. It will have more consideration in long-term strategic cooperation, rather than short-term earning more money. Therefore, SMIC had to increase prices for some customers but did not do so for some.

Chip inventory is a topic of concern to the industry. Zhao Haijun mentioned that some products such as power management, mobile phone fast charging, Wi-Fi and other chips are still out of stock. However, the current electronic equipment products are iterating, and the types of chips that are in short supply must be further divided. For example, the demand for old Wi-Fi 4 and Wi-Fi 5 chips in mobile phones may not be so high.

This quarter, SMIC’s financial report and conference call provided a certain reference for the current chip supply situation and the wafer manufacturing industry under the epidemic. Overall, the current global wafer manufacturing market is still in a situation of tight production capacity, but it has changed from the previous overall shortage to the shortage of MCU, power management chips, and Wi-Fi chips in the sub-sectors. At the same time, due to the iteration of terminal electronic equipment, the shortage of more advanced products has intensified, and the demand for more mature products has decreased.

Downstream chip design companies with unique technologies and the ability to open up the international market will have certain advantages in competition. Sales of its low-end chips will suffer as chip capacity and inventories increase.

Under the impact of the epidemic, SMIC and other wafer manufacturers have been less affected in Q1 and Q2 this year through closed-loop management. However, it’s downstream packaging, testing, and transportation supply chains have been impacted. If the epidemic continues, the supply capacity may be greatly affected.