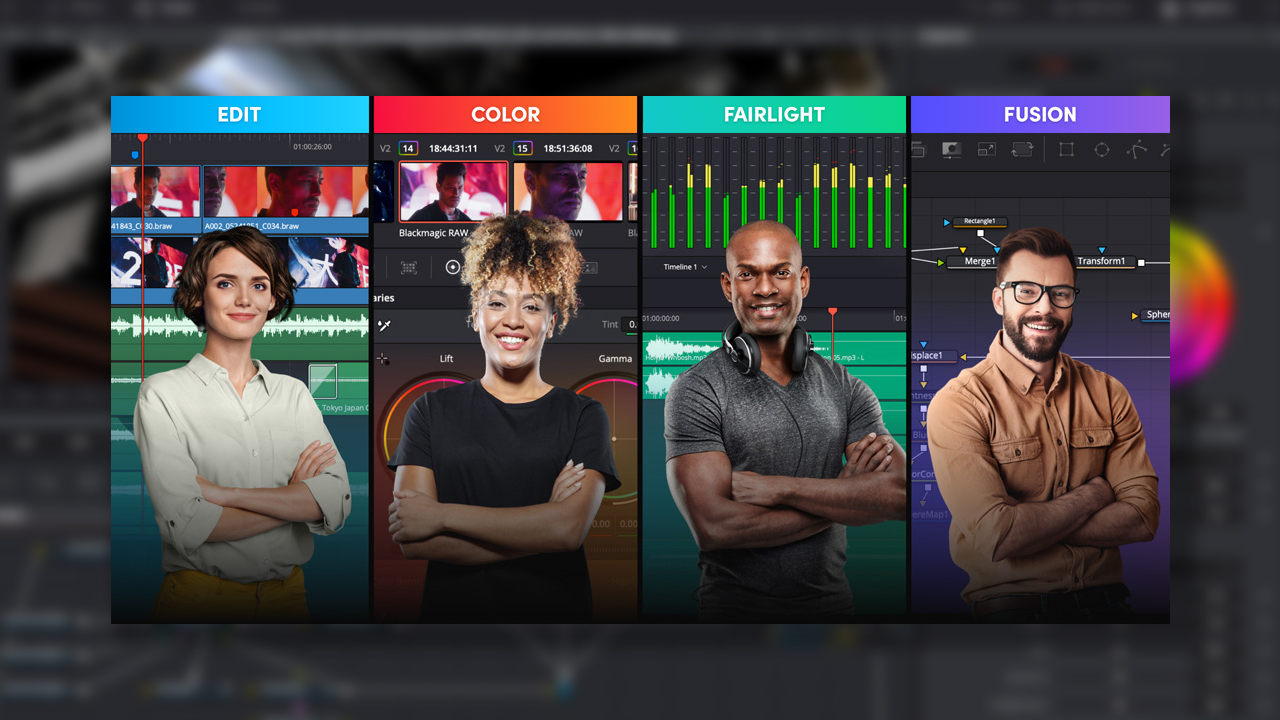 Blackmagic Design has recently released DaVinci Resolve 18 Beta 4 update (18.0b4), which addresses quite a few issues and brings a couple of gems to the Fusion, Edit, and Fairlight pages. The update is available to download for free from the Blackmagic Design Support Center.

At this year’s NAB, Blackmagic Design released the first public version of DaVinci Resolve 18 (Beta), along with their new hardware and cloud solutions. The company’s all-in-one suite of post-production tools is constantly and rapidly evolving, with an ever-growing number of users switching to Resolve from other popular NLEs.

At the beginning of May, the company launched the Beta 2 version of DaVinci Resolve 18 and now, less than 2 months after its launch, we already got to update n.4. So let’s take a closer look at what it has to offer.

The new DaVinci Resolve 18 Beta 4 update introduces some general improvements along with a couple of new features. One that is getting many users excited is added support for Resolve FX Surface Tracker in the Fusion page. This recently-released tool was already available only in the Color page.

Another noteworthy update is the ability to export TTML subtitles directly from the Edit Page. Moreover, the Fairlight page can now automatically create tracks whose format matches that of the clips being added.

If you’d like to take a look at all the bug fixes and new features of DaVinci Resolve 18 Beta 4, here’s the full list:

Also, if you’re upgrading from previous versions of Resolve, the company recommends doing a back up of your existing database before installing DaVinci Resolve 18.

Are you going to install the DaVinci Resolve 18 Beta 4 Update? Which new feature are you most excited about? Let us know your thoughts in the comment section below!

Deadly Premonition 2: A Blessing in Disguise Now Available On PC

Video: Fly around the inside of a dentist office with this one-take FPV drone video: Digital Photography Review

Developing & How They Work