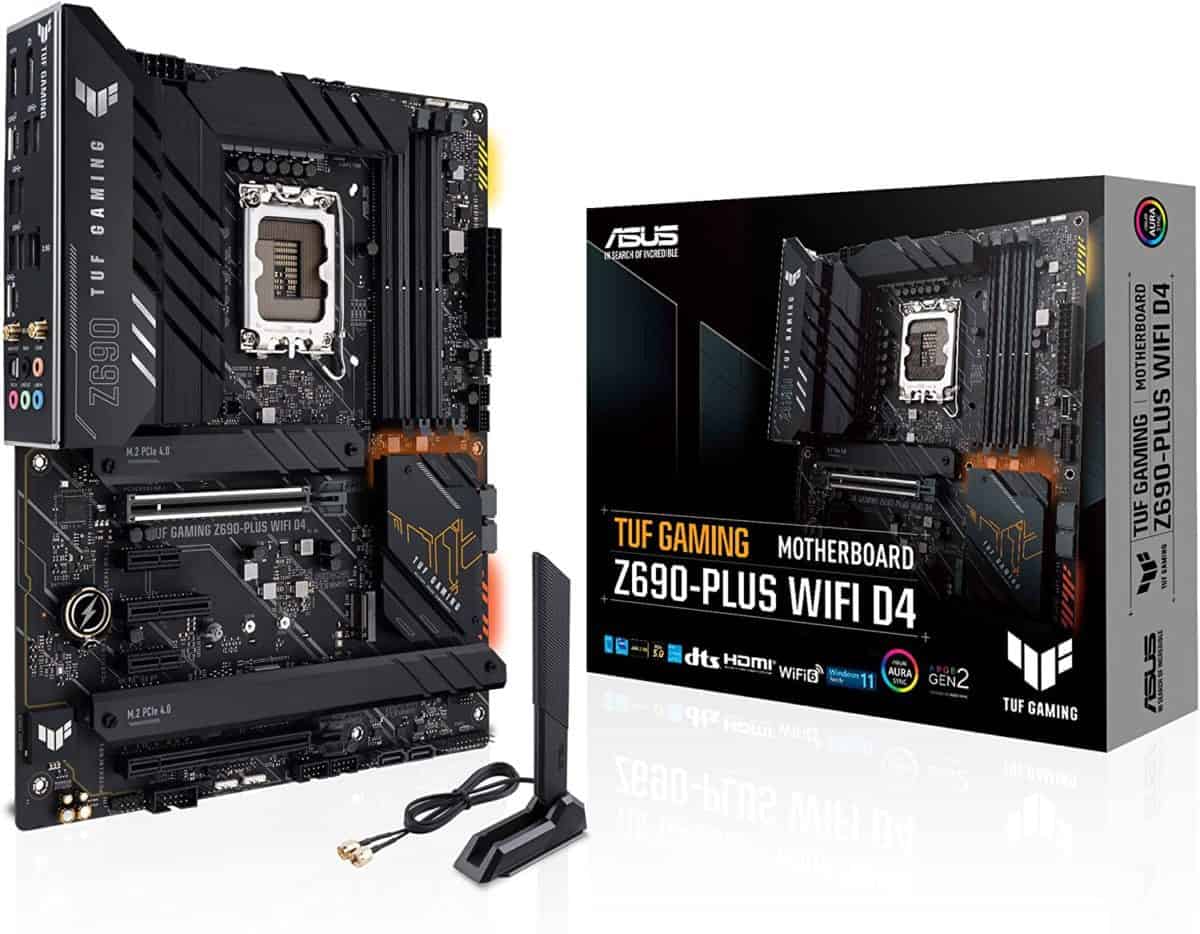 What Chipset should I consider getting for Intel 12th gen?

Currently, there aren’t that many options out there, with the only released chipset thus far being the Z690. The H670 and B660 boards should be following suit shortly. The Z690 chipset is primarily aimed at PC enthusiasts.

The Z690 chipset offers a more plentiful set of features over other lesser chipsets. This includes PCIe Gen 5, overclocking support, or even the speed of USB or Thunderbolt headers could be rare, or even nonexistent on lower-end H670 or B660 boards.

The most glaringly obvious change between the Z590 and Z690 is the socket type, moving from the LGA 1200 to the brand-new LGA 1700, which carries the standard for this new socket type. But, it still remains to be seen if this socket will have longevity beyond Intel’s 12th generation of processors.

Z690 motherboards introduce with them a new generation of PCIe – Gen 5. Featuring double the PCIe bandwidth for 16X slots. PCIe gen 4.0 could handle access speeds of up to 16GT/s (Giga transfers per second) while PCIe gen 5.05 offers 32GT/s.

Another major difference between Z690 and Z590 chipsets is the Z690’s support for DDR5 RAM. A huge advancement in RAM technology, which achieves speeds beyond the capabilities of even the world’s fastest DDR4 kits.

With Intel’s 12th generation of CPUs, which are designed with blazing-fast clock speeds and a brand-new socket, you’re going to need to pick up a brand-new motherboard to process all of that sheer power.

Currently, the only available chipset is the high-end Z690 boards. They come at a cost but are well worth the plethora of features you’re getting when opting for the creme-de-la-creme of high-end boards.

Regardless of whatever motherboard you choose, its form factor is one of the most important factors (pun intended), as you might miss out on some crucial features, or bells and whistles when downsizing.

Motherboards come in a multitude of different shapes and sizes, from E-ATX, all the way down to the incredibly small Mini-ITX. The form factor of which you choose usually coincides with your choice of case.

There’s no point going for an E-ATX motherboard for an ITX case, it simply wouldn’t fit. More often than not, the smaller the motherboard, the less feature-rich it will be, you only have so much you can pack into such a compact piece of silicon.

As a rule of thumb, we generally push towards ATX as this is the standard of form factor and most cases support it, or are built around it. For the most part, there are no compromises on features with the ATX form factor either. Intel first introduced the ATX form factor in 1995, and since then it’s become an industry standard.

With a new generation, chipset and CPU often comes a new generation of sockets. Enter LGA 1700. This socket replaces the LGA 1200 socket seen in prior generations. LGA 1700 is present on Z690 motherboards featuring an additional 500 contact points. This has increased the socket size from the traditional symmetrical square of 37.5mm x 37.5mm (LGA 1200) to 45mm x 37.5 mm (LGA 1700).

This means your current cooler likely won’t fit the socket of Z690 motherboards, you’ll have to get yourself extra LGA 1700-compatible mounting hardware.

Some cooler manufacturers offer mounting hardware as separate products to upgrade, but it varies from manufacturer to manufacturer.) Sorry, everyone, it’s not just plugged and play this time, unless you want to splash for a brand-new cooler, too.

It’s not just Intel that’s been upgrading its hardware, RAM has made headway in the industry showing off its brand new blisteringly fast DDR5 DIMMs. There are Z690 boards that do still support the older and more affordable DDR4 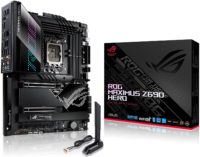 The ASUS ROG Maximus Z690 Hero is one of the best Z690 options on the market currently. It is an incredible option despite what it may lack in power stages and ethernet bandwidth.

The Z690 Hero ships with 20+1 power staging and intelligent control, which is ASUS’ Ai overclocking feature proven to be pretty much unrivaled in the industry today.

The M.2 SSDs are kept nice and cool with three M.2 heatsinks and two backplates. With an additional ROG water cooling zone, for further customization.

Additionally, there are a plethora of features that truly matter for everyone gamer or not. Full PCIe gen 5 support, ultra-fast DDR5 ram slots with support up to 6400Mhz.

Dual Thunderbolt 4 USB-C and a ROG Hyper M.2 PCIe gen 5 card. Gives you some pretty powerful connectivity where you need it the most.

Gigabyte’s Aorus motherboards are certainly show-stoppers when it comes down to design and functionality. Although very expensive, the Aorus Master is irrefutably one of the best choices for the most avid PC gaming enthusiasts.

The design of this generation of Aorus Master is much improved over the last, boasting a sleek and stylish I/O cover and matching heatsink. The Aorus Master features an incredible 20+1+2 Direct Digital VRM design, making power delivery much cleaner and more efficient.

With Z690 supporting the all-new DDR5 RAM, the Aorus Master is no exception. Allowing support of up to 6600MHz, this motherboard allows for some exceptional speed, aesthetics, and functionality. 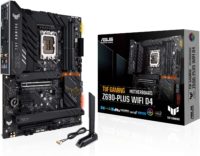 The ASUS TUF Gaming motherboard remains a fan favorite, offering incredible value for those on a budget with its almost unrivaled price-to-performance ratio.

The TUF Gaming Z690 offers a revised and enhanced power solution over the previous generation of boards. With 14+2 DrMOS power stages and Digi+ VRM offering incredible durability and performance.

Of course, the cooling is more than adequate, as the motherboard features a PCH fanless heatsink, a VRM heatsink, an M.2 heatsink, and hybrid fan headers along with Asus’ Fan Xpert 4.

Unfortunately, this happens to be a DDR4 model, one of the ways ASUS has managed to keep the cost down on this motherboard. So you can’t have DDR5 RAM but the motherboard does feature enhanced DDR4 capabilities, allowing up to 5333MHz DDR4.

The ASUS ROG Strix Z690-I is definitely one of the best Mini-ITX motherboards out there for this chipset. It’s incredibly well designed, packed full of features, and reliable beyond most.

The Strix Z690 comes equipped with DDR5 RAM support and PCIe gen 5, but also comes featuring two fully-fledged Thunderbolt 4 USB-C ports. We see another 10+1 power stage motherboard here, it could be better, but this is an ITX Motherboard.

With that in mind, it’s still an incredibly feature-rich motherboard. The thermal design has been revised with an integrated I/O cover and beefy VRM heatsinks that feature high-conductivity thermal pads.

This motherboard also supports HDMI 2.1, in addition to industry-leading audio. This small board really packs a punch. 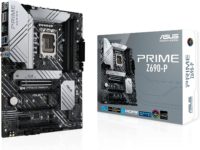 The budget pick of the list is the ASUS Prime Z690-P. It’s as low as we would recommend for a DDR5 compatible motherboard, being limited to supported speeds of 6000Mhz. However, the Z690-P is a much-updated version of one of the more reliable boards on the market.

Featuring DDR5, PCIe 5.0, and Thunderbolt 4 support, this motherboard won‘t be disappointing anyone anytime soon. These are the makings of a quality board that is still packed with some good features.

These include 14+1 power stages, Wifi 6, and 2.5Gb Ethernet. The ASUS Prime Z690-P brings performance and a feature-rich experience, without the hefty price tag of some of the other boards that we’ve listed.

That’s why we’re here, finding you the best Intel 12th-gen motherboard to build that next-gen experience.

Will the 12th-generation Intel Alder Lake chips finally push things back into Team Blue’s favor with its incredible performance? Only time will tell, your move AMD. We hope you enjoyed our best intel 12th gen motherboard article.